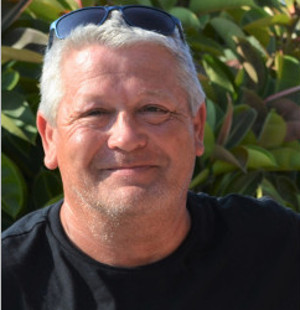 Dad was diagnosed with kidney cancer in 2003. He had his left kidney removed as the tumour burst through and unfortunately developed secondaries in his stomach and diaphragm. He was given 12 months to live and a 15% chance of survival. The cancer also caused him to develop cataracts in both eyes. He was given drivers at work but they drove too slowly for Dad’s liking!

We have had 15 years, very nearly 16 years, of extra time with our dad. Whenever my sister and I were in trouble or stuck he was there in no time to pick us up. Whenever we needed to talk things through, he was there on the end of the phone. When his customers had a machine down he was there, sometimes at 6am, to organise service support and parts. He worked for Henry Armer & Son for 25 years.
What a man! To say he lived life to the full is an understatement of the highest order. A dusk to dawn celebration of life only for those who could keep up!

Dad was stoic. He was suffering so much pain, more than we will ever know, but he never wanted to discuss his illness. He didn’t want to linger on and watch those he loved suffer with him. He was an incredible man. He is our dad.