Kidney Cancer Scotland are delighted with the SMC’s decision this week to recommend the use of Opdivo® (nivolumab) plus Yervoy® (ipilimumab) for first line treatment of patients with  advanced kidney cancer who have risk of progression. The patient group submission was the first task of our new health professional, Mo Johnson and she also represented the group at the discussion meeting. We are thankful to those patients who gave us their time to tell us more about how their condition affected them and what this new treatment would mean to them.

To have this immunotherapy available to this group of patients is a massive step forward in treating those with progressive disease as it has been shown to  halt growth of the disease and help people live longer in some patients when compared to the current treatments. It’s exciting for us to know these advances are now available and we are grateful to the SMC committee for considering the needs of our patient group.

This is the news story:

Opdivo® (nivolumab) plus Yervoy® (ipilimumab) for use within NHS Scotland as a first-line treatment option for an advanced form of the most common type of kidney cancer, renal cell carcinoma (RCC), specifically in previously-untreated patients who are considered of intermediate- and poor-prognostic risk.

This recommendation signifies an important landmark in the treatment landscape, representing the first approval of an Immuno-Oncology (I-O) combination therapy for first-line patients with this type of cancer in Scotland. I-O works by stimulating the body’s immune system to recognise and eliminate cancer cells.

In addition to the SMC decision announced today, the combination of nivolumab plus ipilimumab has recently been made available immediately for NHS patients in England via the Cancer Drugs Fund, and has also been approved for use in Wales and Northern Ireland.

“Having the combination of nivolumab and ipilimumab available is a step change in the treatment of advanced kidney cancer. It is great news to be able to treat our patients first-line with this immunotherapy combination, as it has been shown to help certain patients live longer and improve outcomes compared to a current standard of care”, said Dr Balaji Venugopal, Honorary Clinical Senior Lecturer, University of Glasgow.

The SMC recommendation is based on data from the Phase III CheckMate 214 study of 1096 patients, which was stopped early after a planned interim analysis showed that the combination of nivolumab and ipilimumab demonstrated superior overall survival compared to sunitinib, a current standard of care. The co-primary outcome measures were overall survival, objective response rate and progression free survival in IMDC intermediate- and poor- prognostic risk patients: 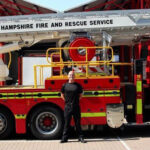